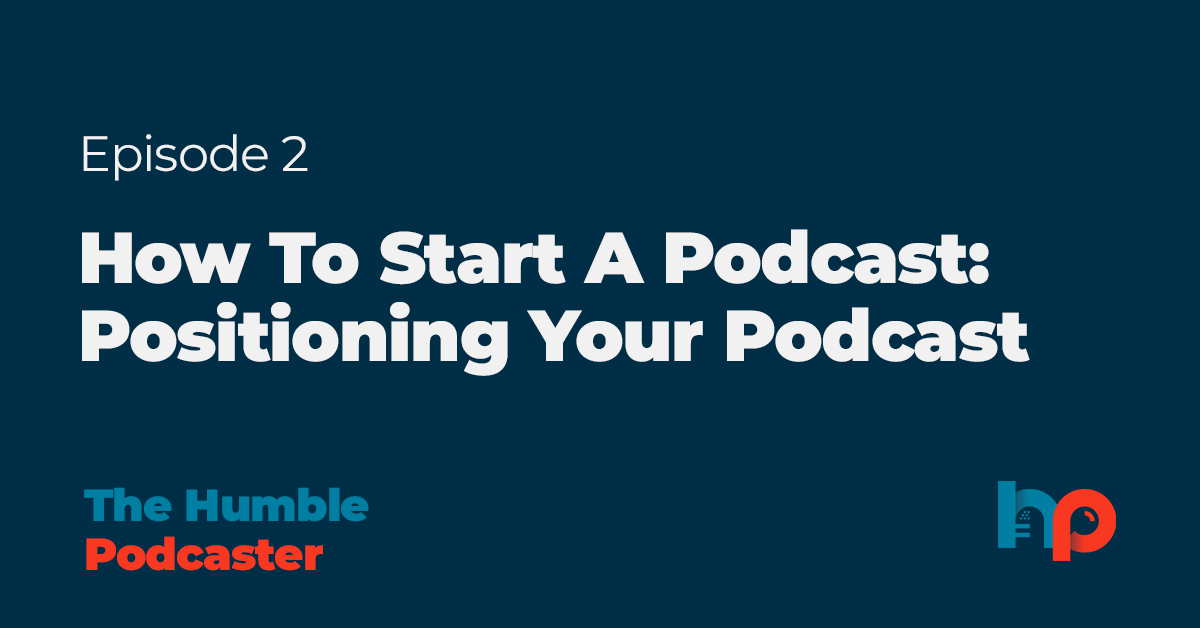 Have you ever wondered what makes folks like Joe Rogan so successful at podcasting?

He goes from hosting Fear Factor to being, for lack of a better term, a “thought leader,” in our society because of his podcast, “The Joe Rogan Experience.”

I mean, that feels like quite the leap to me. Doesn’t it?

Well, in truth, it’s not. Unless you consider an 11-year journey to its acquisition by Spotify “the leap.”

By all accounts that I’ve researched, Rogan started his podcast without much strategy. He wanted to have a show, he had some minor celebrity of his own because of Fear Factor, and he leveraged that into getting good and increasingly interesting (and more famous) guests. That’s the incredibly truncated version, anyway.

But we’re not here to do a case study on Joe Rogan per se. Because – this may be a shocker – but it’s not what he did that matters in the 11 years between his start of the show in 2009 and his sale to Spotify in 2020.

It’s All In Their Head

What really matters is what happened in the minds of his listeners and the broader podcasting audience. You see, he’s been podcasting a long time. Podcasts have only really been around since about 2005 (well, 2002 if you want to get really technical, but let’s not get bogged down in the details now). Because of his Fear Factor platform and celebrity status, people already perceived him as someone interesting to listen to, which I’m sure propelled early podcast growth.

But what kept it growing (aside from great interviews and content) was the fact that, for many people, Joe became known for his podcasting to the point where many consider him synonymous with the word “Podcast”. This is one reason the Internet had such a strong reaction to Spotify buying him out. You take Joe and put him on a single platform, and you are essentially shutting down the independent podcast industry.

I guarantee you that if I look I will find at least one “death of podcasting” article that’s a reaction to Joe Rogan moving to Spotify. It was significant to the industry. In fact, here’s the first result that came up for me: from May 27th, 2020. It’s an article titled, “The Death of Independent Podcasting: What Spotify Is Trying to Do With the Joe Rogan Deal”

And for more context, that announcement came a year after Luminary and other “Netflix of Podcasting” services were announced, as well as Spotify going on a spate of acquisitions. The fear was that podcasting would become siloed and managed much in the way traditional media is managed. You’d create some interesting content, and then you’d sign up with a major studio or label. Joe, “The Ubiquitous Podcast Demigod” Rogan was a leading indicator of this… or he was supposed to be.

Perhaps in a later series, I’ll dive into what happened there, but that’s not the central point of this episode.

What really matters here is answering the question, “Why the heck did people freak out?!”

Positioning Yourself to Beat Joe Rogan

The answer is all about positioning, which is defined as, “how you differentiate yourself in the mind of your listener.” If you want to go study up on this concept, I highly recommend Positioning: The Battle for Your Mind by Al Ries and Jack Trout and Obviously Awesome by April Dunford. They will give you a deeper understanding of this topic and its importance for what we’re discussing in this episode.

The challenge with positioning is that if we’re not intentional about it, the audience will decide where we belong. Personally, I don’t believe that Joe Rogan set out to be the “Number One Podcast in the world.” I think he created great content early enough in the market that people quickly recognized him as being a “good” podcaster and that eventually became the “best” podcaster.

Today, The Joe Rogan Experience is one of the most popular podcasts in the world. Therefore, more people know about this show than almost any other show in podcasting. If you ask people to name one podcast they’ve heard of, chances are they’ll say the Joe Rogan Podcast… and yeah, it’s not likely they’ll know the full show name. Just that Joe Rogan does a podcast. But that’s all that matters.

Joe might as well be the “Coca-Cola” of Podcasting. He’s got the #1 spot. His brand is ubiquitous with the product. Coke, of course, is a great example of positioning. Heck, in the South, we don’t call soft drinks “soda” or “pop,” but just “Coke.” Kinda like you can just say, “I listen to Joe Rogan,” and automatically we know you listen to podcasts.

Of course, this means that Joe’s move to Spotify was the New Coke of podcasting. If you don’t recall New Coke, (and I sure don’t… sorry, boomers, but it was released about 8 months before I was born), it was a new formula for Coke that was meant to replace Coca-Cola Classic. It caused an uproar in 1985 and almost ruined the company’s brand. Just like Joe’s move to Spotify indicated “certain death” for podcasting as we know it according to some journalists.

Anglin’ for Your Audience

So what does this mean for us lowly podcasters? You know, the other 2 million of us out there that aren’t synonymous with the word, “Podcasting?”

Well, as it turns out, positioning doesn’t just mean, “I’m the top podcast in the world,” and that’s that. Positioning is, as stated earlier, “how you differentiate yourself in the mind of your listener.” We’re not angling for #1. We are angling for what helps us be unique to our audience.

As I noted in the last episode, it’s very possible the show you want to do will have already been done by someone else. It may even have a similar name to the one you want to use. Assuming your research confirms that this is indeed an active show, how do you navigate around that? How do you position yourself not just to be found on Apple Podcasts, but found in the hearts of your listeners?

To do that, you must make sure your podcast fills a gap in the market. Even amongst similar shows, you must strive to be different.

Now, I hope you did your homework from the last episode because this is where it’s going to come in handy.

Let’s take a look at those shows that are similar to you. That’s now your competition. Their audience is the audience you want listening to your show. And how do you get them to do that? We need to identify what gaps exist in the space you’re trying to reach.

So, in looking at your competition, what gaps are there?

For me, when developing Our Humble Beer Podcast, I looked at what other craft beer podcasts were out there. I identified about 20 of them that were popular, and from there I tried to identify similarities in format, episode titles, show names, and so on. I was looking for any gap I could find.

What became increasingly clear was that most shows don’t interview the brewers, they just drink beer and shoot the breeze, and there were so many shows that were focused on being “Smart,” “Snobby,” or “Experts” that it was exhausting.

This led me to realize that nobody was really learning about craft beer. They were just spouting their opinion on the flavor of a beer based on ABV, IBUs, and the brewery of origin… and they were pretentious about it, too. If you drink Bud Light, shame on you! Shaaaammme on you… [Shun the unbeliever]

What we needed was something humbler. Something for everyone wanting to learn about craft beer. Thus, Our Humble Beer Podcast was born. This show has been purpose-built and *positioned* for those wanting to get into craft beer. Neither myself nor my co-host were experts on beer. We chose not to be another beer review podcast. Instead, we worked on interviewing local breweries, which eventually expanded into interviewing regional breweries. Along the way, documenting the growth of craft beer in our community and educating our audience at the same time.

We found our gap, we dug in, and we were rewarded with some great content and a rather large audience. It’s worth noting here, again, that we didn’t set out to be number one. Just to be the most Humble-ly Beer-y podcast on the market. We owned our positioning, and were rewarded for our efforts.

That’s what I hope you will find, too, as you develop your own show, and I hope that this inspires you in some way.

Of course, this wouldn’t be a “How to Start a Podcast” blog if we didn’t make it practical. So, what can we do to put all this into practice?

How To Position Your Podcast

First, let’s think first about your target audience. Based on your research so far, what does your target market need that you provide or can bring a unique perspective to? We went over this a bit in the previous episode, and, in many cases, you’ll find that your unique perspective is enough to build your positioning statement within the current market.

Of course, this isn’t always the case. So the next thing you need to ask is, “Of those that are similar to you, do they say it [your value proposition] in the same way you do?” Are they using the same formula or method? If so, how do you work around that? Can you do the opposite of them? Is there another angle that you have that they don’t? Keep digging until you find the gap in your market.

Once you’ve identified the gap, it’s time to figure out how your show can fill that space. It’s time for us to position your podcast.

By this point, you should have copious notes on what your objective for the show is, how you plan to hit your target, and your concept. And before we dive too deep into positioning, the first thing we need to do is revisit your concept and ask, “Does it still make sense based on everything we’ve evaluated?”

If it does, great! If not, what needs to change?

Once you’ve got that answered, we need to start narrowing in on our position. So the first question I’d ask is, “Based on your Objective, Target, and Concept, what is the message of your podcast?” Your message should be the culmination of all these thoughts. It’s the important idea you want to convey that fits with your concept. With Our Humble Beer, the message was that you don’t have to be an expert to drink craft beer, and, furthermore, that it didn’t make you less of a person for drinking something that wasn’t craft beer.

Lastly, we want to boil down your positioning to one sentence or a tag line. Take your multi-sentence thoughts as well as your messaging, and make it simple enough for someone to understand at a glance. As way of example, for Our Humble Beer, it was “The Humbler Side of Craft Beer” for the obvious play on the name of the podcast and to help people know we’re not trying to be “One of Those” podcasts.

It’s also by this point that you should have a solid idea of what your show’s name should be. If you don’t, that’ll be your homework.

Speaking of the next issue… next time we’ll be discussing your show’s format, structure, and how to create an intro and outro for your show. It’ll be fun! 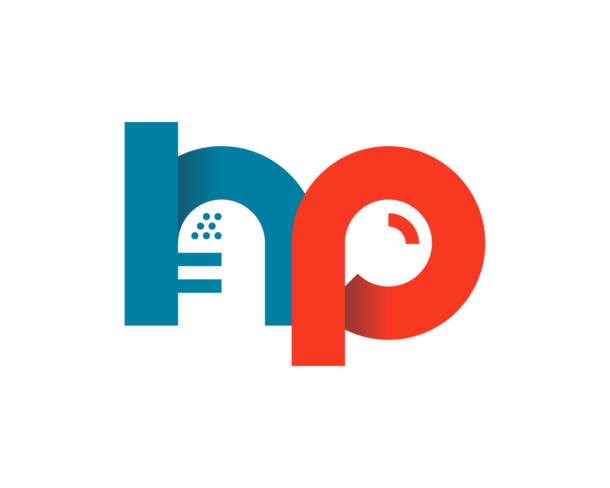 Do you want to be a better podcaster? Join our newsletter, The Humble Podcaster, to learn more about the podcasting process and keep up with the latest podcasting trends.

You have Successfully Subscribed!